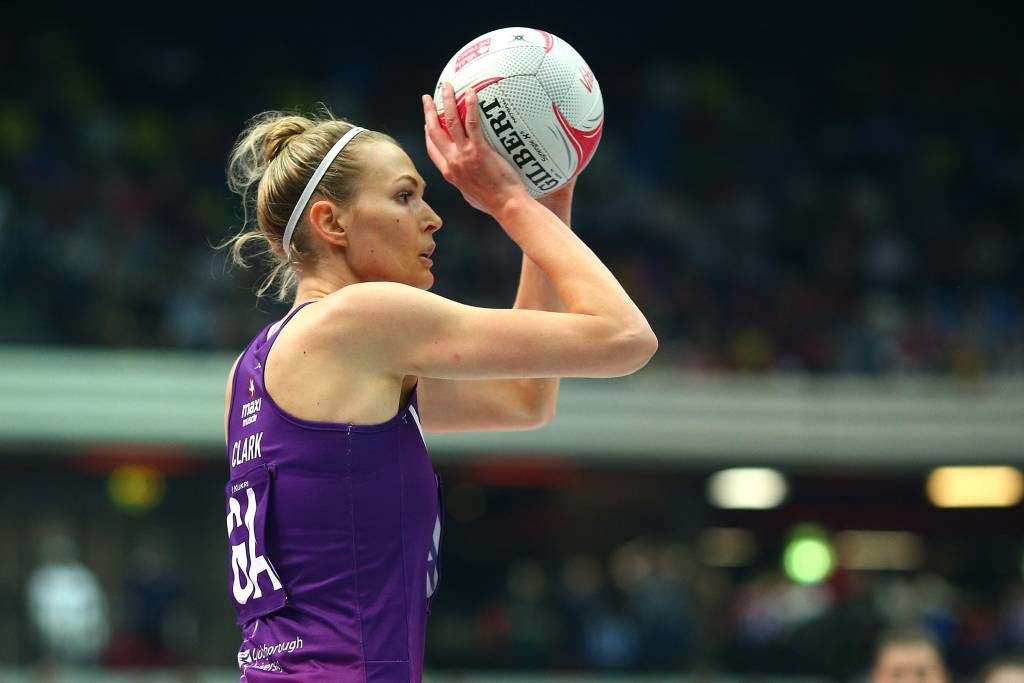 THE next instalment in the Draft Central Compare the Pair series will aim to analyse two fan favourites from across the netball world, with the next showcasing England netball goalers, Jo Harten and Ella Clark.

With height and versatility to match, Harten and Clark may play a similar position and role but are completely different in the way they take on the court. Both goalers have had significant time with Loughborough Lightning in the Vitality Netball Superleague, albeit at different stages of their respective careers. As impressive shooters with high accuracy and spectacular long-range capabilities, they are both a real threat in and around the circle. Despite their height both goalers can match it with anyone down the court with their respective speed and ability to apply pressure.

Harten has been a key cog for the England Roses for a number of years now credit to her dominance in the goal circle. Able to play both a volume and feeder role, Harten’s consistency and ability to play under pressure is what enables her to continue her dominance for so many years. Harten has played much of her international career at home in the goal circle but can switch it up when required to apply further pressure up the court, creating a formidable figure to come up against at the post. Her accuracy from a distance and impressive split allows her to be a force to be reckoned with from anywhere in the circle while her continued consistency and ability to change up her game could see her continue this form and dominance for a few more years on the international stage. She is a real barometer for any side able to turn a game on its head with her composure and netball smarts to organise the attacking end and have a profound impact.

A dual athlete for both netball and basketball, Clark is no stranger to being in the spotlight and has really formed herself as an exciting goaler to watch on court. With a strong drive down court and long-bomb ability similar to Harten’s, Clark is another who can work her way into a game with ease thanks to her versatility down the court and long arms to apply pressure. At 190cm Clark is an imposing figure and difficult to defend, especially when combined with her impressive speed off the mark and willingness to contest for the ball. While Clark has only the five international caps to her name, she has a drive to improve with her classy ball movement and clean hands, creating a name for herself as a difficult goaler to take on when she is on her game.

Who would you pick in goals?
Created with QuizMaker