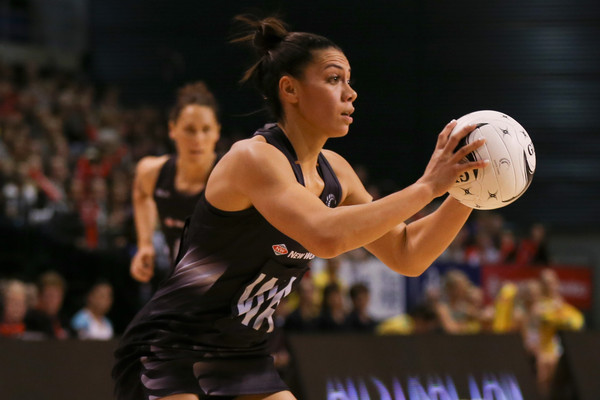 THE next instalment in the Draft Central Compare the Pair series will aim to analyse two fan favourites from across the netball world, with the next showcasing New Zealand Silver Ferns attackers, Grace Kara (Nee Rasmussen) and Gina Crampton.

Real speedsters for the Ferns and on a fairly similar playing field are Ferns’ Kara and Crampton with the pair a couple of consistent names with New Zealand thanks to their respective ability to find the ball and hit circle edge with ease. Both players typically stick to wing attack but have the potential to rotate into centre making them crucial names in any team – add in Kara’s ability to also ply her trade inside the goal circle and the two can both be quality names with rotational abilities and a high work rate to bolster any side.

With tenacity, flair and speed, Kara was a force to reckoned with thanks to her constant drive to go one better and receive the ball. Her feeding ability on circle edge was a huge threat with the wing attack able to be a critical link up the midcourt and drive the ball down with speed and grace. Clean and agile with ball in hand, she had a handy ability to find open space to ply her trade while her evasive skill to leave her opponent in the dust left her a quality name. Also able to play out in goal attack, Kara can adapt to suit the scenario and proved time and time again that she can be a huge threat no matter which position she lines up in.

For Crampton, collecting 40 caps since her debut in 2016 is a real credit to her consistency and ability to form a crucial cog through the midcourt for the Ferns. With an ability to adapt to the situation and her goalers, Crampton’s speed off the mark allows her to not only be a threatening attacker but also do some real damage when required, able to rotate to centre and use her endurance to find plenty of loose ball. With speed to get to circle edge and apply pressure with her three foot marking, Crampton is a quality all-rounder through the centre and can be a formidable player when she is on song.