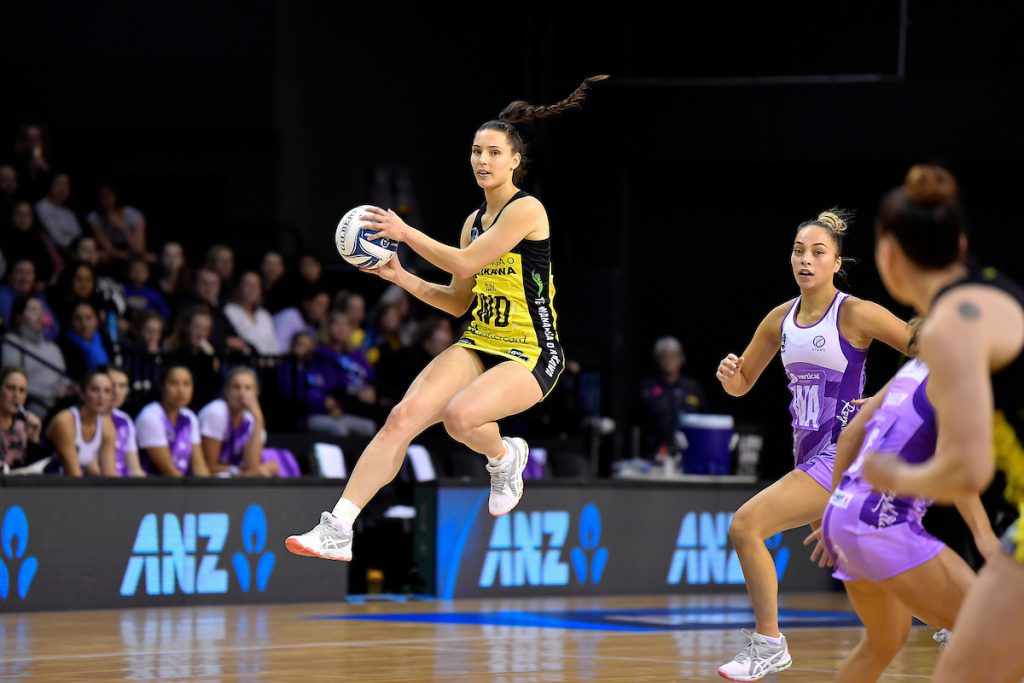 LAST year was action-packed for Karin Burger with the Central Pulse and New Zealand Silver Ferns defender basking in both a domestic premiership and international gold medal glory. But the Pulse premiership was years in the making with Burger touching on the pain of falling short in previous seasons.

“Coming so close and all the other two or three years prior to that, I think was a really good I guess, instigator for us. So I think it was four years of really, really hard work,” she said.

With a premiership under her belt, the year only got better for Burger who travelled to England and was part of the Silver Ferns’ drought breaking World Cup win over Australia.

“I was just stoked to be there to be honest and experience being in a team with so many legends of the game,” she said. “Just seeing it all unfold in front of me and being able to say that I played a role. It’s a feeling that I would like to have again so it’s sort of fuelled that desire to be in the next World Cup team again.”

But the 2020 ANZ Premiership and international season is a little bit different to that of last year thanks to the COVID-19 outbreak and halt to live sport. Unable to train as a team due to social distancing protocols, Burger has resorted to training on her lonesome throughout lockdown to ensure her endurance and fitness is up to scratch, but admits it has taken some time to getting used to.

“It’s quite a bit of an adjustment when you’re going to do all that stuff by yourself. So, yeah, it’s been good while it lasted, but it’s starting to drag on,” she said. “Everybody’s pretty keen to get back to training together and pretty sick of training by ourselves when you’re used to playing in a team and know doing team base stuff.”

As a defender, the task of training in isolation is no mean feat, with Burger having to conjure up new ways to stay on her toes and continue to hone in her defensive craft with a more heightened focus on running and endurance.

“I think as it gets closer to game time, it’s more change of direction and shuttle running rather than the longer distance stuff, just to be a bit more specific to what it’s going to look like so the body doesn’t get too much of a shock,” Burger said.

Although endurance and running is an integral part of any netballer’s repertoire, Burger has been struggling to cater for her ball-handling skills.

“Because it’s just me in my bubble, it’s quite hard or it was quite hard in the earlier stages and not being able to get around to people to do ball work or just movement stuff that simulates what happened on court,” she said.

Time away from netball has given the 27-year-old some perspective, looking to life after netball and what that could entail for her.

“Well, personally, for me, it’s sort of given a bit of idea of what it could be like once netballs done. Yeah, gives you a bit of a kickstarter to figure out what you’re going to do afterwards,” she said.

“I currently do have a job at Athletics Wellington, so I do have a job, but it’s whether that’s the job that I’d want to keep doing for the rest of my life. So, it’s just figuring out whether it’s going to be a desk job or whether it’s going to be an outside job and what that would look like so and while we do have the opportunity to study what it what I need to have that qualifications when it gets there, so I’m not 100% sure on what that would look like. But definitely have some, some ideas. I just need to figure out what it looks like,” Burger said.

Burger well and truly burst onto the scene last year and did not skip a beat with the highly talented defender more than capable of switching between circle defence and wing defence, something that is becoming more common in the New Zealand camp. While it might seem like a similar role to those on the outside, Burger emphasised the extreme differences between the positions and importance of adaptability.

“Wing defence is more on the ground running with your partner and you know, just grinding it out, more niggly kind of stuff. Whereas the gold defence gives a little bit more breathing room and is looking for ball and just that in circle quick feet stuff, very different aspects to those two positions. So definitely a quick mind shift needed whenever I’m switching between the two,” she said.

With a new role also comes new responsibilities with Burger forced to break out of her mould and rely on her voice a bit more on court to direct traffic down back regarding defensive structures on the centre pass.

“I’m quite a shy, pretty reserved person when it comes to that kind of stuff. So I’ve had to make my voice a bit louder, and be confident when I’m calling stuff. So I think moving to that position has also helped me a lot with leadership skills as well and definitely still working on it. So it’s not just a difference in how you play but also your voice on court as well. So yeah, very, very big difference,” she said.

With Sulu Fitzpatrick departing the club at the end of last year, youngster Kelly Jury has joined the ranks with Burger and teammate Katrina Rore taking her under their wing down in defence and enjoying the versatility of the tall goal keeper.

“So having the variety and being able to put different people on to get different results has been awesome,” she said.

“I think we’re working really hard and complementing each other and not playing our own game, knowing what our strengths are and playing to each other’s strengths,” Burger said. “I think having that mentality and wanting to play together to be a better unit. I think it really shows on court and hopefully with more game time, we’ll be able to get a better understanding of each other and our game with Kelly being new in the unit.”

When asked about keeping that hunger alive heading into the 2020 season Burger did not leave much to the imagination, citing the fact she has not been able to take the court in a couple months enough for her, while her constant desire to improve spurs her on.