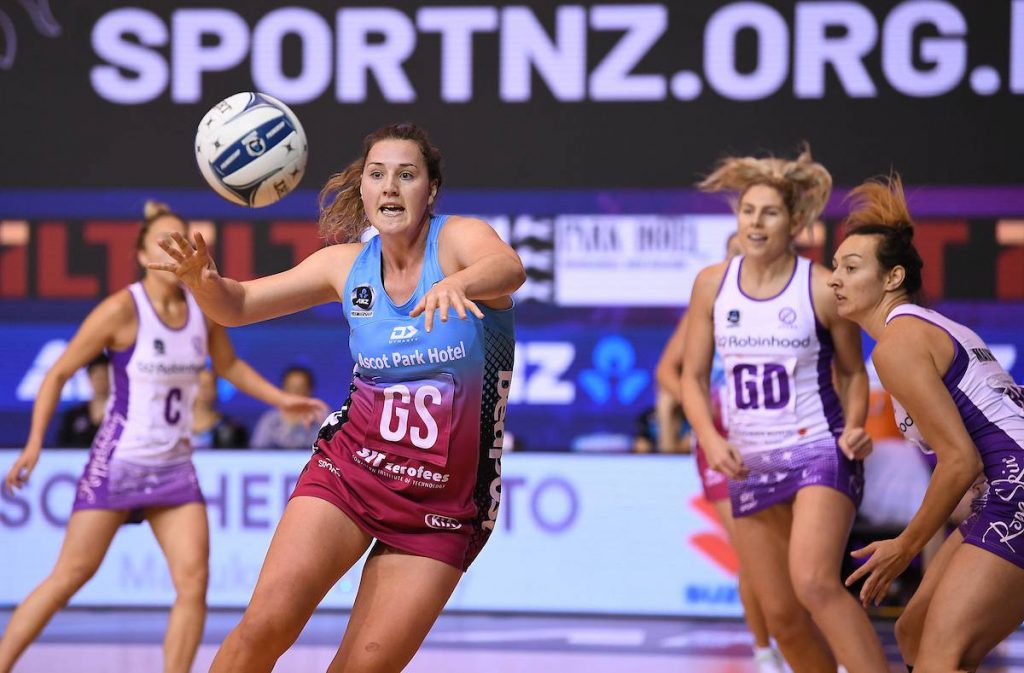 IN a rematch of the 2019 elimination final there was plenty of feeling in the game with the Steel claiming redemption and their first win of the season (49-47). Although the two goal win was marred with injury the Steel proved the short turnaround did not phase them, coming out hot from the get go, flicking the ball around with precision in the attacking third. Despite a strong win in Round 2 the Northern Stars did not seem to find their mojo for the full four quarters, rattled by the Steel’s pressure and tenacity.

The Steel raced out of the blocks in the opening quarter with their connections in attack on full display. Stars goal shooter Maia Wilson slotted the first goal of the game, but from there on in it was all the Steel with their clever ball movement and defensive pressure causing all sorts of headaches. The Steel defenders pushed Wilson to shoot from range with the goaler missing two consecutive shots and making them pay with their 100 per cent shooting accuracy up the other end. The patient approach in attack paid dividends for the Steel with Jennifer O’Connell holding strong and owning the backspace. The Steel shooting end of O’Connell and Kalifa McCollin got on a roll sinking five goals straight and opening up a commanding lead. Their dominance was so profound it caused the Stars to make changes down back with Storm Purvis pushing out to goal defence and Oceane Maihi coming on at goal keeper to provide that aerial presence. The Northern Stars struggled to generate any second phase play in the attacking third giving the Steel plenty of chances to cause turnovers. Steel continued to put the foot down establishing a five goal lead despite the Stars pushing hard and rallying late in the term to try and create some attacking momentum.

Down by five goals at quarter time the Stars came out with a real pep in their step and heightened defensive pressure. Clearly on the hunt for turnover ball Purvis got her hands to ball in the opening minute of the game contesting the high ball and placing doubt in the feeders minds. Moments later partner in crime Kate Burley delivered, taking a huge intercept and propelled the ball back down the court. With increased intensity in defence, Wilson found her groove under the post with her strong rebounding positioning and impressive balance to dance along the baseline and keep the ball in. With nine minutes left in the quarter the Steel were yet to score while the Stars went on a four goal shooting spree using the angles in attack to open up space and apply scoreboard pressure. Jamie Hume continued to impress from her first quarter output, proving to be a real playmaker in the attacking third with her well weighted passes and drive while teammate Grace Kara was crucial throughout the quarter using her vision to deliver into the circle. With the Stars pushing, Kate Heffernan was pinged with a caution, while Taneisha Fifita struggled to combat Wilson under the post. A mere goal separated the sides before Gina Crampton kicked it up a gear for the Steel with her impressive vision into the circle prompting the Steel to go on a surge in the final five minutes of the quarter.

After getting within touching distance before the half time break the Stars continued with the same line-up while the Steel opted for some changes across the court. Georgia Heffernan replaced McCollin while Abby Erwood pulled on the goal defence bib pushing Selby-Rickit to goal keeper and Fifita to the bench. It was goal for goal for the opening few minutes of the quarter with both sides feeling each other out and adapting to the changes. Heffernan had a shaky start with a held ball on her first attempt before steadily building into the game. The Stars were getting plenty of hands to ball in defence with Burley and Purvis creating a strong wall in defence while up the other end the connection between Wilson and Hume was blossoming. With momentum swinging back and forth the Steel were struck by injury with Georgia Heffernan going down with a suspected knee injury. Crampton upped the ante in attack, releasing the ball from distance but that did not seem to phase the Stars who managed three goals in a row for and drew even with 10 seconds left in the quarter, showcasing just how intense the battle was.

The final quarter lived up to the hype with the game going right down to the wire. Steel sunk the opening goal of the term with the Stars replying instantly. It was goal for goal once again with both sides treasuring possession and capitalising on their centre pass. Kendall Corkery had a profound impact for the Steel, niggling at Kara and making her work hard to win any ball circle edge. Shannon Saunders showcased her brilliance with a timely tip to turn the ball over and was the clear spark for the Steel who opened up a three goal lead and did not look back. With two minutes left Purvis took a key rebound to reduce the margin to three goals and give her side a fighting chance but it was to no avail with O’Connell landing the final blow.