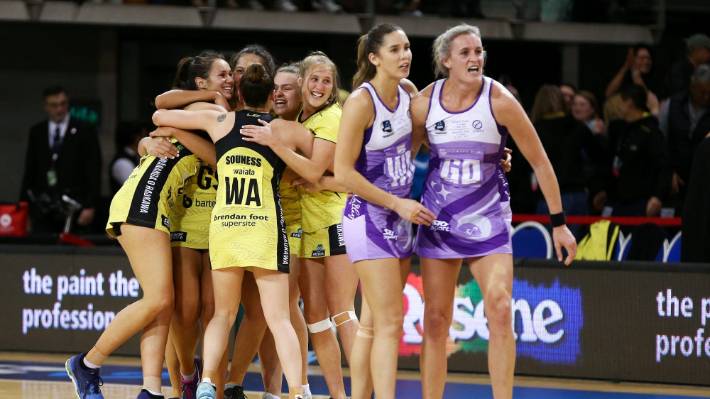 THE highly anticipated return of the ANZ Premiership kicks off on Friday. After an interrupted start to the season due to the COVID-19 outbreak and a subsequent two month hiatus expect all six teams to come out firing, with a grand final rematch headlining the return to netball.

The first cab off the ranks sees the Magic and Mystics face off with both teams hoping to make it two on the trot and maintain their unbeaten start to 2020. Magic showcased their defensive ability in Round 1 while also proving to have the answers in attack while the Northern Mystics also proved that they had plenty of depth and talent across the court to mix it with the best. Both teams only play one game this round so expect them to leave nothing to chance and put on a spectacle.

The battle under the post is where all the excitement lies for the Mystics both defensively and offensively. With Silver Ferns goaler Bailey Mes ruled out for the remainder of the season due to a patella injury, the load falls to the three teenage shooting prodigies in Grace Nweke, Asher Grapes and Saviour Tui. Nweke took the competition by storm last year and will once again have her work cut out for her given her commanding style of play. She is accurate to post and can shoulder the load under the post while Tui played a starring role in their Round 1 outing. New to the attack end is Grapes with the youngster looking to have an impact with her drive to post and silky movement. But it will be no easy feat for the Mystics who are still working out their connections. Led by Erena Mikaere, the Magic will be hoping to exploit those connections and create plenty of turnover ball. Alongside Mikaere expect the likes of Holly Fowler and Jennifer O’Sullivan to be on the prowl, searching for an intercept or deflection of some type. Magic captain Sam Winders will have to put her defensively minded game play to work in order to stop the explosiveness of Peta Toeava who is a strong asset around circle edge given her experience.

Defensively the Mystics also have some firepower with both Phoenix Karaka and Sulu Fitzpatrick. The two are known for their defensive prowess, ability to read the play, quick footwork and speed off the mark. Although only in their second game together expect the duo to try and get in the heads of the Magic shooters and put them off their game with their lean over the shot and physical style. The shooting end for the Magic may look slightly different with Georgia Marshall stuck in Australia due to the COVID-19 restrictions meaning it will fall to Abigail Latu-Meafou and Kelsey McPhee to stand up under pressure and deliver once again with their growing connection, ability to read the space and confidence all on display in Round 1.

Despite having a young shooting end, the Mystics have a strong defensive unit that can win ball back and propel it down the court, giving them that edge against the Magic.

In both teams’ first game of the round expect the Steel and Tactix to leave nothing to chance in order to claim their inaugural win for 2020. With aspirations to rise up the ladder the Tactix will be hoping to seriously announce themselves as a competitor this season credit to some handy pick-ups.

The inexperienced shooting end could be a real focal point for the Steel with the Tactix boasting an impressive defensive combination in captain, Jane Watson and Temalisi Fakahokotau. The pair are renowned for their tenacity, desire to force turnovers and immense pressure. Watson is one of the cleanest defenders able to get around the body with ease and create tips and deflections while Fakahokotau’s more physical style often upsets the attackers providing her with chances to intercept the ball or force held balls. Throw in developing defender Sophia Fenwick and the Tactix have a wealth of options down back. The expected starting duo of McCollin and O’Sullivan will have their work cut out for them in the goal circle when it comes to creating space and putting up a high volume of shots given the intensity of the Tactix and their zone style of play. McCollin has plenty of flair and creativity with ball in hand something she will be hoping to make the most out of when delivering to O’Sullivan.

In her first game up against her old club, expect Te Paea Selby-Rickit to come out with plenty of fire in the belly. The Silver Ferns goaler and now Tactix shooter is a smooth mover, glides across the court and can hit the scoreboard with ease such is her netball smarts. Still developing her connection with goal shooter Ellie Bird who is recognised for her consistency to post, the two could prove a lot to handle for Steel duo Te Huinga Selby-Rickit and Abby Erwood. Standing at 196cm, Bird is no easy beat in the goal circle with her long arms, strong holds and height making her a clear obstacle for the Steel to conquer inside the circle if they are any chance to win.

With plenty of options in defence, speed through the midcourt and high quality shooters the Tactix should have the competitive edge heading into the game.

Sunday marks the grand final rematch between the Northern Stars and Central Pulse with the latter hoping to repeat their earlier triumphs. With a win already under their belt for season 2020 the Pulse will be out replicate their hot form of 2019 while the Stars on the other hand will be keen to put a stop to it and notch up their first victory for the season.

The Stars lost quite a couple of key players over the off-season but managed to retain the services of star goal shooter Maia Wilson. The young goaler will be their main port of call when it comes to scoring with the shooter able to slot them from anywhere and post a high number of goals. She is strong on her holds, quick on her feet and able to read the play with ease. In only their second game together the chemistry between Wilson and Jamie Hume in the goal circle will play a huge role given the depth and wealth of talent the Pulse have when it comes to defence. Boasting a defensive unit littered with stars such as Katrina Rore, Kelly Jury, versatile defender Karin Burger and youngster Elle Temu the Pulse have no shortage of options with each of them able to come on to the court and have a damaging impact. Rore and Burger are equally as impressive in the goal circle as they are out in wing defence, a clear testament to their skill and netball understanding.

Up the shooting end for the Pulse, Ameliaranne Ekenasio and Aliyah Dunn are arguably one of the league’s most damaging combinations. Ekenasio has an uncanny knack to read the play and glide across the court while her ability to shoot from long range makes her incredibly hard to stop. Her connection with Dunn is second to none, with the two able to rotate through the space with ease and consistently apply scoreboard pressure. Dunn is cool, calm and composed, often using her height to her advantage and capitalising on her scoring opportunities meaning the defensive unit of Storm Purvis, Daystar Swift and Kate Burley will have to be on their a-game. Expect Swift to rely on her height to match up against Dunn and try and put doubt in the feeders mind.

If the Stars cannot get on top of the Pulse early it will be hard for them to reel them back in given their cleanliness with ball in hand and how quickly they can score. The Pulse treasure possession and are renowned for their ability to win ball back thanks to their strong defence unit.

With a strong defence, the Tactix also have plenty of talent throughout the midcourt with a host of nippy attackers that can interchange between positions. Kimiora Poi is one of those midcourters with the 168cm player able to dart around the court, hit the circle edge with speed and great balance while also displaying her impressive vision. The likes of anterior cruciate ligament (ACL) injury returnee Erikana Pedersen and Samon Nathan are also handy options in either centre or wing attack. For the Stars, they too have a young midcourt core with Mila Reuelu-Buchanan and Lisa Mather however their ace lies with captain Grace Kara. In her second game back since giving birth expect the captain to provide that calming head through the midcourt and create a wealth of attacking forays for the Stars.

In terms of wing defence both the Stars and Tactix have developing players in Fa’amu Ioane and Charlotte Elley meaning it will depend on which wing attack can get off the leash first and cause the most damage. The likes of Swift, Purvis and Burley will have to be firing on all cylinders in their clash in order to stop the flow into the goal circle for the Tactix. The shooting unit for Mainland  is quite strong with Bird and Selby-Rickit headlining the attack  while youngster Jess Prosser is also a viable option given her forged connection with Bird from last season and ability to go to post.

Considering it is their second game in as many days expect factors such as experience, strong connections and structures to play a huge role in this game with the Tactix possibly more poised for a win given the number of international players on their list.