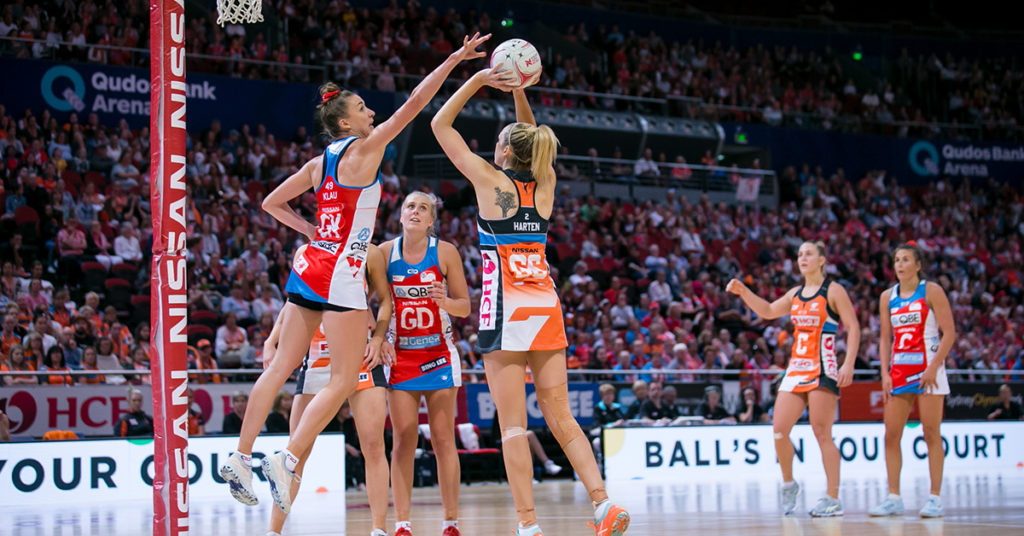 THE official 2020 Suncorp Team Girls Cup fixture has been announced with each of the eight teams set to play three games – one Friday and two Saturday – with the finals to be played on Sunday. The grand final will be decided based upon which team claims first spot on the ladder in their respective pools while the other teams will battle it out for early bragging rights.

The clash between the Lightning and Thunderbirds will kick off the tournament with the Sunshine Coast hoping to restore that winning feeling with the Suncorp Super Netball grand final loss still fresh in their mind. On the other hand, expect the Thunderbirds to tinker with their new look line-up in hope to find that winning combination. The Vixens will be looking to make amends for last years’ Team Girls grand final loss against cross-town rivals with a strong showing in the upcoming tournament while West Coast will be hoping to rectify their goal attack issues and become more fluid in attack.

After claiming the inaugural Team Girls Cup title last year, the Pies will be aiming to defend their crown and repeat their efforts once again, but will have their work cut out for them up against the Swifts and Giants. Meanwhile the Firebirds have shown in recent weeks they can mix it with the best crossing the ditch and defeating ANZ Championship premiers, Central Pulse. There will be plenty of exciting clashes over the couple of days with none bigger than the potential grudge match between Collingwood and the GIANTS after the Pies pipped them at the post last year to knock them out of finals contention. The battle of the bridge will be the final game before finals with both sides vying for early bragging rights over their state rivals.

With a host of new faces joining the league expect teams to toy with their starting seven and give players a chance to iron out any kinks. Collingwood newcomers Jodi-Ann Ward and Julia Woolley will be welcomed into the baptism of fire while Firebirds defender Rudi Ellis will be hoping to find her feet. In her new colours Lenize Potgieter will be hoping to make an immediate impact for the Thunderbirds and better her sides position compared to last years Team Girls Cup finish.