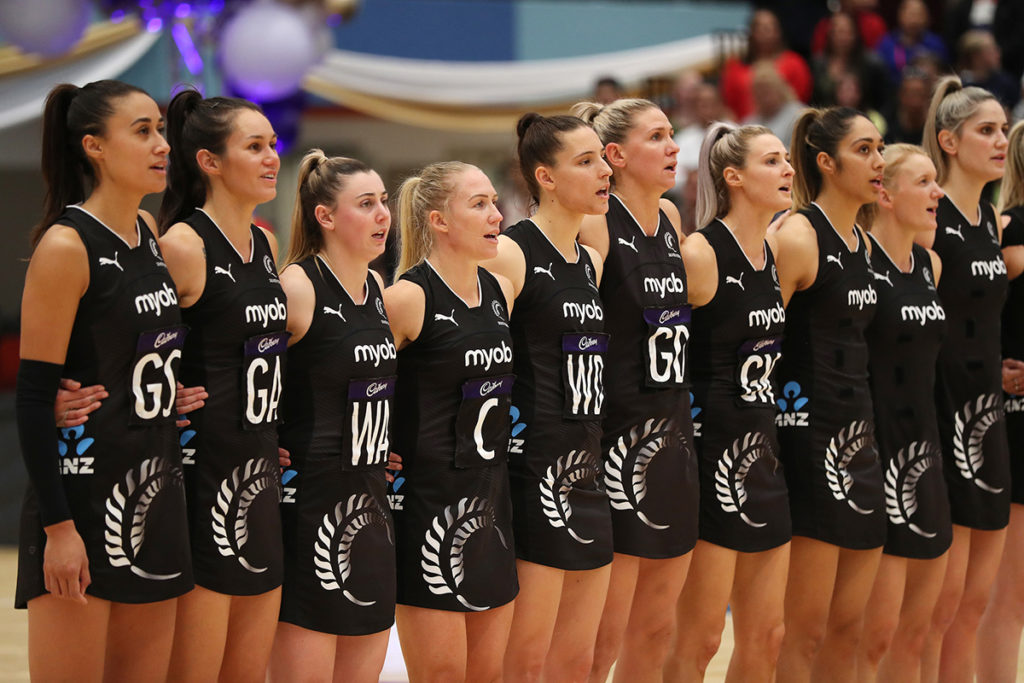 WITH the Nations Cup set to commence on Sunday we take a look at how each of the four participating teams are faring, heading into the first international tournament of 2020. It is the inaugural time this competition will take place with England, South Africa, Jamaica and New Zealand all set to do battle in hope to claim the Nations Cup. Reigning World Champions, the Silver Ferns will boast a different line-up with a host of players missing due to retirement or sabbatical.

The Ferns will be hoping to kick their 2020 off with a bang and claim some early ascendancy on the international stage. Although they will be missing a few key players and a wealth of experience there is plenty of talent amongst the line-up. The Ferns will have the belief that they can topple all three nations however a staple hold from each third will ultimately be absent when the Ferns take the court. Despite the absentees New Zealand have brought in classy players that can match it with the best and know what it takes to win. This tournament will be a look to the future for New Zealand but still expect them to have a strong showing and potentially win the overall title given their skill and versatility.

Since winning the World Cup in 2019 the Silver Ferns line-up has been dealt some massive blows, none bigger than the retirement of Maria Folau. The talented goaler could shoot from just about anywhere in the goal circle renowned for her smooth movement and lovely shot, her calming presence and reliability will be sorely missed throughout the Nations Cup. Fellow retiree, Casey Kopua will also leave a gaping hole in defence with the veteran able to make something out of nothing time and time again. Her ability to read and hunt the cross-court ball was second to none while her pressure over the shot caused a wealth of doubt in her opponents mind. Although Laura Langman and Katrina Rore have not retired they will both miss the tournament leaving further gaps in their starting line-up. All four players boast a wealth of experience and class and often acted as the link up player when needed making for a challenging tour for the Ferns.

In the absence of Folau, expect the likes of Ameliaranne Ekenasio to stand up in the goal circle to control the flow and momentum of the game. She proved throughout the World Cup that she can stand up under pressure, back herself from range and most importantly capitalise. Another player to keep an eye on is the young and ever developing Maia Wilson who was a key cog in attack for the Northern Stars throughout 2019. Wilson is solid under the post using her height and body positioning to command the ball and is relatively accurate to post. Gina Crampton struggled to get going against Australia in the Constellation Cup and will want to rectify her inconsistent form. Given she will be one of the most experienced midcourters in the squad she will have to carry a lot of the load and use her smarts to drive to the ball and create space in the attacking third. It will be up to Jane Watson and Karin Burger to steer the ship in defence with Rore and Kopua both missing. Watson oozes class consistently displaying her ability to shut down opposition goal shooters with her dynamic movement in the goal circle while Burger is versatile able to switch between circle defence and wing defence.

After spending time with the Magpies in the Suncorp Super Netball (SSN) league Kimiora Poi is set to pull on the black dress in the Nations Cup. Poi is a dynamic mover, able to hit the circle edge with pace and precision while also showcasing her smarts to deliver well weighted passes into the circle. Still developing her craft through the midcourt Poi will offer something different for the Ferns making her an exciting prospect. Speedster Whitney Souness has also been named in the Nations Cup squad with the wing attack/centre able to have an impact with her change of pace and ball placement. Souness and Poi will have their work cut out for them to replace the calibre of Langman. Another new addition is Michaela Sokolich-Beatson with the talented defender able to hunt the ball and impose her physical nature on the game. She will have to play an important role down back if the Ferns are any chance to make a real splash.