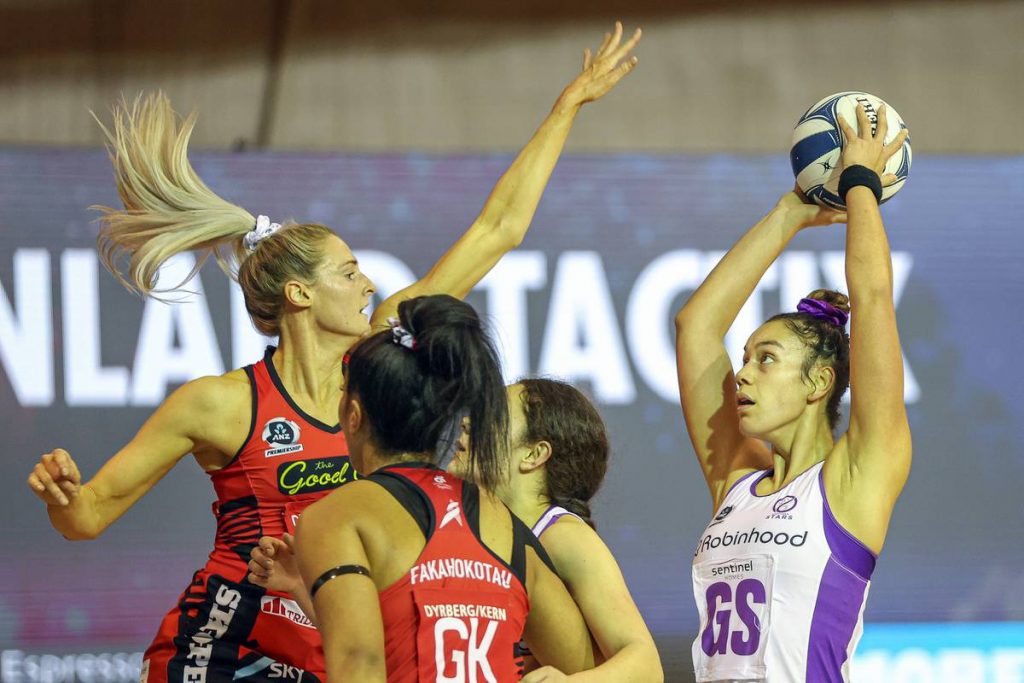 WITH ANZ Premiership finals just around the corner both the Mainland Tactix and Northern Stars are eager to make a final play for second spot and face off for a chance at the grand final in the sole Thursday evening fixture for the season. Playing on their home court for the first time since the season restart expect the Tactix fans to be boisterous, cheering on their side at every turn while the Stars will be hoping to generate their signature ball movement to get on top of their opponents early. Having only played last round the Stars will be keen to make amends and get one back while the Tactix will be wanting to show that their seven goal victory was just the beginning and look to build on their form heading into the backend of the season.

There are key match-ups across the court, none bigger than in the goal circle with Maia Wilson set to combat defensive duo Temalisi Fakahokotau and Jane Watson. Wilson is one of the most reliable goalers in the competition, willing to sink them from range and shake up her game plan accordingly to provide a spark for the Stars. Her constant movement, strong holds and impressive balance is a focal point for the Stars. However as Wilson is the dominant shooter and main avenue to goal it will be up to Jamie Hume and Vika Koloto to absorb some of the pressure and go to post regularly if they are to keep the Tactix defenders busy. Both Watson and Fakahokotau are in ripping form able to gobble up everything that comes their way, creating a wall in defence making it incredibly difficult for the Stars to penetrate. Coming off an impressive performance last week with Watson only racking up three penalties and nullifying the influence of Hume and Koloto at the post expect the Tactix captain to be keen to replicate her hot form. Similarly, Fakahokotau is no easy beat with her insistent pressure, aerial ability and read of the play.

Tactix goal shooter Ellie Bird showcased her star power last round against the Stars going on a tear with 37 goals at 100 per cent while the efforts of goal attack Te Paea Selby-Rickit did not go unnoticed aiding the towering shooter at the post and delivering the ball on a silver platter for her. Their strong connection could prove the thorn in the Stars side again this week if Storm Purvis and Kate Burley are not able to nullify one of them. Burley is strong in the air, consistently able to disrupt the flow in attack with her timely tips and hands over pressure while Purvis applies a wealth of physical pressure. The Stars also have options on the bench with Daystar Swift taking the court for the first time last week since returning from injury while Oceane Maihi has an impressive aerial presence.

It will bea battle of the young guns through the midcourt with Kimiora Poi and Mila Reuelu-Buchanan likely to go head to head. Poi has speed to burn able to dart around the court, hit the circle edge with precision and most importantly help out defensively to pick up loose ball while Reuelu-Buchanan dons a more attacking style of play. Poi’s connection with Bird and Selby-Rickit has steadily throughout the season with the centre willing to dish off from distance and look long into circle. she works well with fellow speedster Erikana Pedersen with the two able to rotate the ball around the circle edge with ease and create attacking forays. The Stars have their own trump card, with experienced wing attack Grace Kara often leading the way and setting the tempo in attack. She is clever with ball in hand and will be hoping to exploit Tactix wing defence Charlotte Elley with her netball smarts.

Sitting just outside of second spot on the ladder the Tactix will be desperate to claim the win and edge closer to a grand final appearance. Coming off a strong showing last round and oozing confidence given their impressive connections across the court the Tactix could be hard to stop but the Stars have nothing to lose making for an intriguing battle.