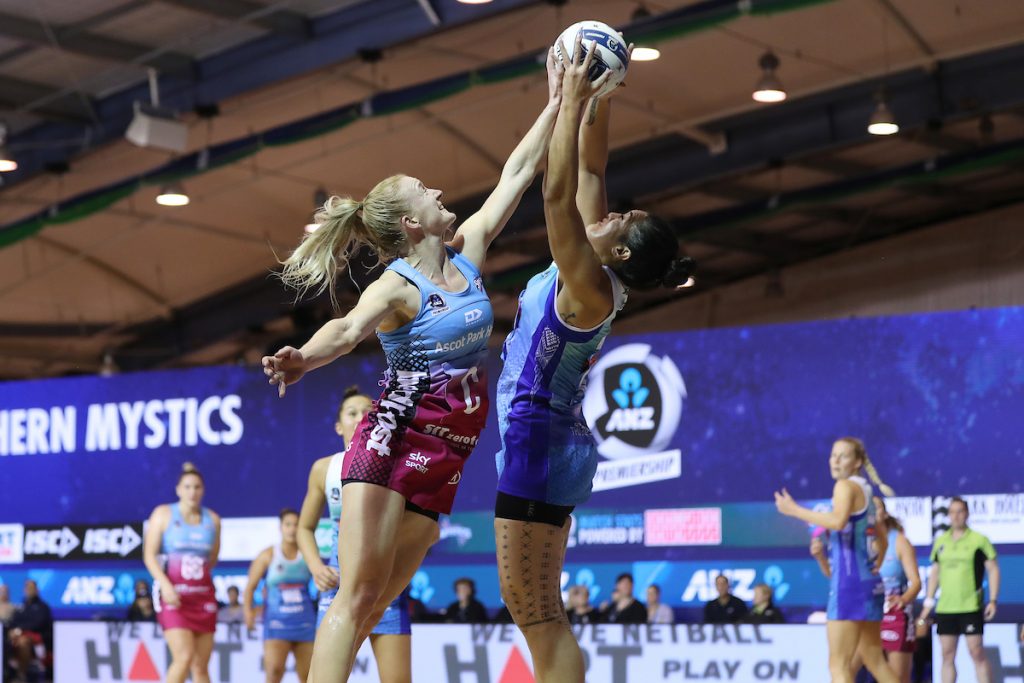 EACH week Draft Central will analyse player performances from across the round in the ANZ Premiership and determine a “Player of the Week” based on game day performances. A player can be nominated as many times as deemed necessary given their individual performance across the round.

The good times keep on rolling for Sulu Fitzpatrick with the Mystics defender putting on a spectacle in Round 3 of the ANZ Premiership and claiming Draft Central’s “Player of the Week.” The talented defender did not leave any stone unturned in her match against the Steel quickly asserting her dominance with her ball winning ways and imposing presence. A constant threat in the circle with her read of the play, physicality and strength Fitzpatrick was on song throughout the full four quarters racking up a wealth of intercepts and doing so cleanly. While she can be costly at times when it comes to penalties the 27-year-old showed plenty of restraint only registering 10 penalties.

Her ability to stay in play throughout the match allowed her to win back a wealth of ball with a whopping nine gains a clear testament to her skill to read the play and slot into the right place at the right time. It was a stats stuffing performance from the goal keeper who also starred when it came to intercepts amassing four for the game proving to be a real force down back for the Steel attackers to try and overcome. Fitzpatrick’s positioning under the post was equally as impressive gobbling up five rebounds showcasing her strength and skill to block out the likes of towering goaler Jennifer O’Connell and speedster Kalifa McCollin. Fitzpatrick’s lean over the shot and intimidating style of play got in the head of O’Connell with the Steel goal shooter down on her usual output slotting 28 goals from 32 attempts. Not only was Fitzpatrick dominant under the post but so too outside the circle forcing deflections and constantly getting hands to ball to disrupt the flow in attack for the Steel.

The connection between Fitzpatrick and Phoenix Karaka is developing at a rate of knots with the two able to balance the circle with great ease and apply a wealth of pressure not only on the goalers but so too the ball carrier. Their physical presence and aerial skill puts doubt in the feeders minds with both players never out of the contest. Fitzpatrick is deceptively quick and while she is not the tallest goal keeper uses her leap to get up to high balls and compete in the air such is her talent.

Up against a formidable opponent in Aliyah Dunn and Ameliaranne Ekenasio in her second match of the round, Fitzpatrick continued her dominance, forcing Dunn to the bench. She was explosive throughout the match inflicting a wealth of pressure on both goalers and using her long arms to create timely deflections. Her pressure was suffocating, clogging up every inch of space in the Pulse’s attacking third and winning ball back with two gains, four deflections, two rebounds and two pick ups. Her clever anticipation allowed her to take advantage of even the smallest chance of a deflection, using her body to state a claim on the space and create turnovers for the Mystics.