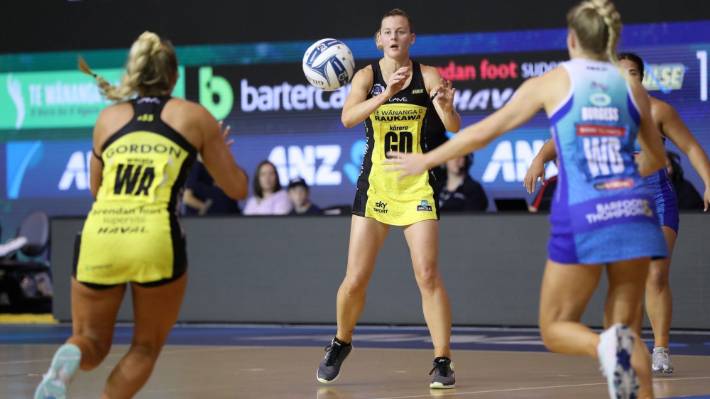 WITH one game already down, Round 8 of the ANZ Premiership will bring plenty of excitement and intense battles with a couple of ladder defining clashes. The top two match-up between the Central Pulse and Northern Mystics headlines the round while up the other end of the ladder the Magic and Steel do battle.

Coming off a game the night before the Northern Stars might suffer from a bit of fatigue while the Southern Steel will be fresh and raring to go. Likely to be without goal attack Kalifa McCollin with the Trinidad and Tobago shooter going down with a rolled ankle last round, the Stars will be eager to expose their understrength shooting circle.

Maia Wilson is the key cog for the Stars in attack with the goal shooter able to command the ball time and time again and most importantly score freely. She consistently absorbs pressure in the circle to stand strong and back herself posting high tallies every week. Although Wilson is a formidable option it will be up to the likes of Jamie Hume and Vika Koloto to step up to the challenge and showcase their scoring prowess and clever ball movement to draw the attention of Te Huinga Selby-Rickit and Taneisha Fifita. Selby-Rickit is one of the most experienced members in the Steel squad and will be in charge of leading the defensive end with her ball winning ways and persistence while Fifita can do the unthinkable thanks to her raw talent and athleticism.

With a weakened shooting unit with McCollin likely to not take the court the load falls to Ellen Halpenny to steer the ship in attack and apply scoreboard pressure. Commonly coming on after half time, Halpenny could be forced to play an entire game which might spark questions of endurance. However Halpenny is a smart netballer that can make shooting look easy with her dynamic footwork and spatial awareness. Expect Kiana Pelasio to get a run out in goal attack with the young shooter able to create a wealth of space and not afraid to go to post. The Stars defence has come along in leaps and bounds in 2020 with Storm Purvis and Kate Burley working exceptionally well together to create a wall in defence and win ball back. They are both strong in the air able to swat away passes and force turnovers to propel the ball back down the court while the chance of Daystar Swift and Oceane Maihi entering the contest also gives them another option if things are not going to plan.

With the Stars hoping to work their way up the ladder and Steel plagued by injury the Stars should have the upper hand in this contest.

In their second game of the round the Mainland Tactix will be searching for a win and edge closer to top two contention. Despite putting up competitive performances the Magic have failed to register a win since the season restart and will once again have their work cut out for them against a gallant Tactix outfit.

The Magic have a wealth of options in defence with Georgia Tong and Erena Mikaere both able to rotate through the goal keeper position while Holly Fowler can interchange between circle and wing defence. Tong has an impressive leap able to get hands to ball and disrupt any easy avenue into goal while Mikaere uses her height to apply pressure over the shot. But Ellie Bird has been in hot form recently able to hold strong and use her clever footwork to position herself closer to the post making her a real threat for the Tactix. While Bird is a commanding presence under the post the Magic cannot afford to leave Te Paea Selby-Rickit unattended to roam free both in the goal circle and attacking third as she is often the key to unlocking the Tactix rhythm in attack. Selby-Rickit is a real playmaker in attack for the Tactix, able to create plays with her pinpoint precision passes into the goal circle while pairing that with her ability to go to post especially from long range.

With Kelsey McPhee dealing with a knee complaint it will be up to the likes of Khiarna Williams and Abigail Latu-Meafou to take the court and showcase their dominance. Williams showcased her brilliance and raw talent last week with her ability to hold strong and move cleverly around the circle to create space for her to receive the ball under the post. However she is still young, something that the Tactix defenders will be hoping to exploit given their experience and dominance in the air to swat away balls and simply shut down any sort of movement inside the goal circle. The combination between Temalisi Fakahokotau and Jane Watson is incredibly strong with the two able to rotate through the circle with ease and read the play off one another to gobble up loose ball. Watson’s ability to stay away from the whistle and remain in play is what makes her such a commanding figure for the Tactix in defence while she can also ply her trade through the midcourt with her drive and clever ball movement.

The Tactix have a strong core group across the court with their connections able to link up and cause havoc for the Magic who at times have struggled with consistency and often fall off the boil when the pressure is on.

Sitting undefeated at the top of the ladder the Central Pulse will be hoping to leave no stone unturned in their soul game of the round against the second place Northern Mystics. These two sides played back in Round 6 with the Pulse dominating from start to finish and showcasing their ability to keep teams at bay with their suffocating pressure across the court something the Mystics will be hoping to rectify this round.

Struggling to find her mojo and form in recent weeks it will be up to Peta Toeava to really lead the attacking unit and deliver clean and clever ball into Grace Nweke under the post. Toeava has speed to burn while her vision into the circle is second to none meaning the likes of Central Pulse wing defence Karin Burger will have to go with her every step of the way to ensure that the Mystics frontend is shut down. Nweke is a real powerhouse under the post with her aerial ability ball control an impressive balance to stay in play time and time again. However it is the goal attack position that often causes issues for the Mystics with Asher Grapes, Saviour Tui and Filda Vui all rotating through that position in hope to find some type of continuity and alleviate the pressure on Nweke. With a somewhat unsettled shooting combination it allows the likes of Kelly Jury and Katrina Rore to get to work and wreak havoc with their hunting mentality and ability to read the play. Jury has been in ripping form, causing tips and turnovers while Rore has simply gotten better with age shutting down every goal attack that comes her way meaning the Mystics will have their work cut out for them.

Similar to the Pulse, the Mystics boast an impressive defensive line-up with Sulu Fitzpatrick and Phoenix Karaka a damaging duo down back. Their tenacity and physicality can often offset opponents with the duo fighting for every inch of space and clogging up the circle credit to their fancy footwork. But they will have to bring their a-game if they are to rattle the Pulse with Aliyah Dunn and Ameliaranne Ekenasio hardly ever fazed by the intensity. Dunn is a thorn in the side for many teams with her accuracy to post and skill to edge closer to the post while Ekenasio often seems to have the ball on a string both inside and outside the goal circle. Both are incredibly accurate not giving the Mystics a chance to win ball back while Tiana Metuarau is also a force to be reckoned with given her injection of speed and high netball IQ.

Looking to make it 11 wins straight expect the Pulse to come out firing but if the Mystics can pull off an upset here it will do a wealth of good to their confidence only weeks out from the finals.

Having only played two rounds ago the Magic will be keen to exact revenge on the Southern Steel and claim that all elusive win that they have been searching for. On the other hand the Steel will be keen to showcase that they are not easy beats and continue to climb their way up the ladder.

The midcourt battle is where it will all unfold with Sam Winders a key cog for the Magic in attack and in defence given her ball winning abilities and skill to change the course of a game within an instant. Winders is a real workhorse across the court constantly plying her trade and encouraging her teammates to follow suit with her tenacity on court. The revelation of Fowler out in wing defence has worked wonders for the Magic, applying strong hands over pressure and creating havoc for opposition teams. However the Southern Steel are littered with key players through the mid court with Silver Ferns duo Shannon Saunders and Gina Crampton both renowned for their ability to deliver the ball on a silver platter to their shooters. Crampton can hit the circle edge with great pace and precision to ensure that she keeps the defenders at bay and has easy vision into the goal circle.

In attack Whitney Souness will be key for the Magic if they are to get over the line. She is a real energiser bunny in the front half of the court given her speed off the mark and quick hands. If Souness is not shut down she will be able to link up with Latu-Meafou, McPhee and Williams with ease and give them plenty of opportunity to apply scoreboard pressure. Therefore it will be up to Kate Heffernan to nullify her influence through the centre and attacking third. Heffernan often flies under the radar but is crucial to the Steel defence with her three foot marking and intercepting ability.

There is plenty at stake for both sides with the Magic hoping to work their way off the bottom of the ladder and Steel keen to continue on their merry way and rectify their lacklustre start to the season.