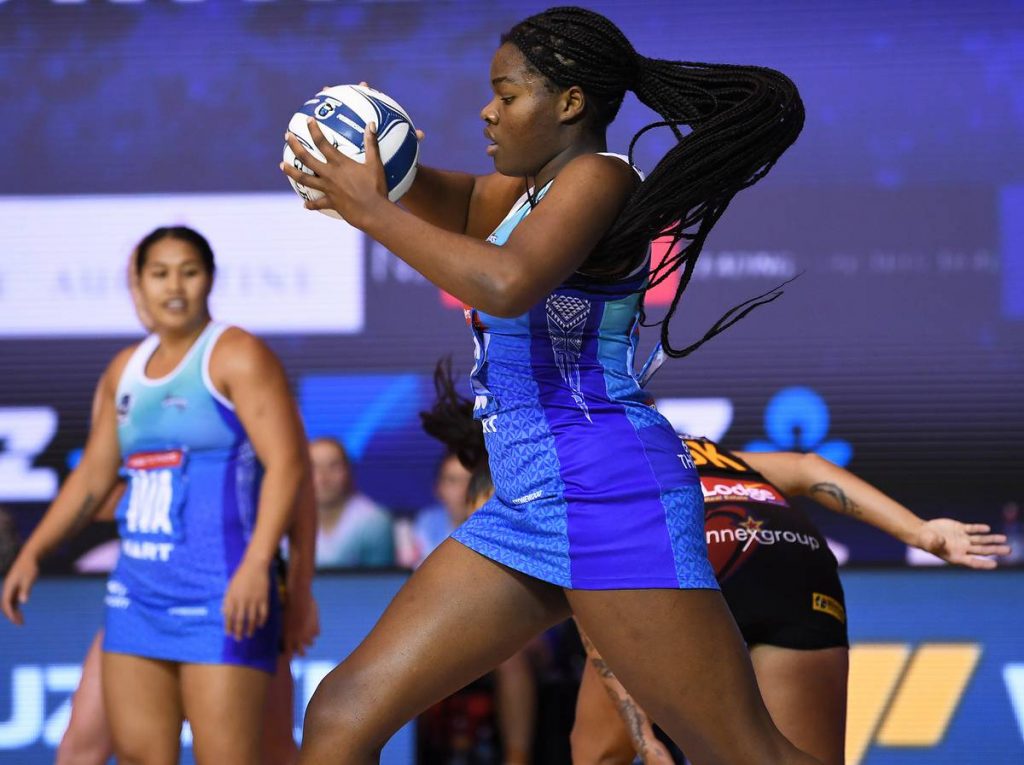 Missing just the four goals for the game in Round 2 it is no surprise that Grace Nweke took out Player of the Week honours given her sheer dominance under the post. Taking it upon herself to own the goal circle with her strength and commanding figure, Nweke was unfazed by the defensive pressure of Erena Mikaere, Holly Fowler and Georgia Tong instead rising to the challenge each time the Magic tinkered with their line-up. Nweke was clearly the go-to girl shooting the lights out with 41 goals from 45 at 91 per cent, a clear testament to her deadeye accuracy. Despite shouldering the load in the goal circle she did not look overwhelmed, instead composed at the post.

Her aerial strength was near unstoppable as her hops and clean hands allowed her to reel down every ball that came her way. Her read of the play allowed her slot back into space, hold on the baseline or pop out when needed. Nweke was on fire from the get go, nailing the first four goals of the game before her partner in crime even got a sniff of the goals. Her explosiveness was unmatched, proving too strong on the take and using her split to edge closer to the post. With Bailey Mes missing for the remainder of the season it is hard to believe that Nweke is the most experienced goaler in the side given her youth, but that did not seem to weigh on the mind of the talented goaler who took it all in her stride, absorbing the physicality and double teaming on Friday night. Nweke is the complete package for the Mystics leading that young attacking end and aided by Asher Grapes and Saviour Tui who are both still finding their feet but have the backing of Nweke to go out and ply their trade.

The goal shooter’s connection with Peta Toeava and Tayla Earle was also formidable in the season return with the midcourters able to easily spot Nweke under the post and delivering the ball with plenty of confidence. Their quick ball release was a credit to Nweke’s clever positioning and speed to catch the defenders off guard, making her such a dominant threat. Her strong early form will send a warning shot to the rest of the competition as the 18-year-old only builds in stature, skill and match fitness as the season goes on.