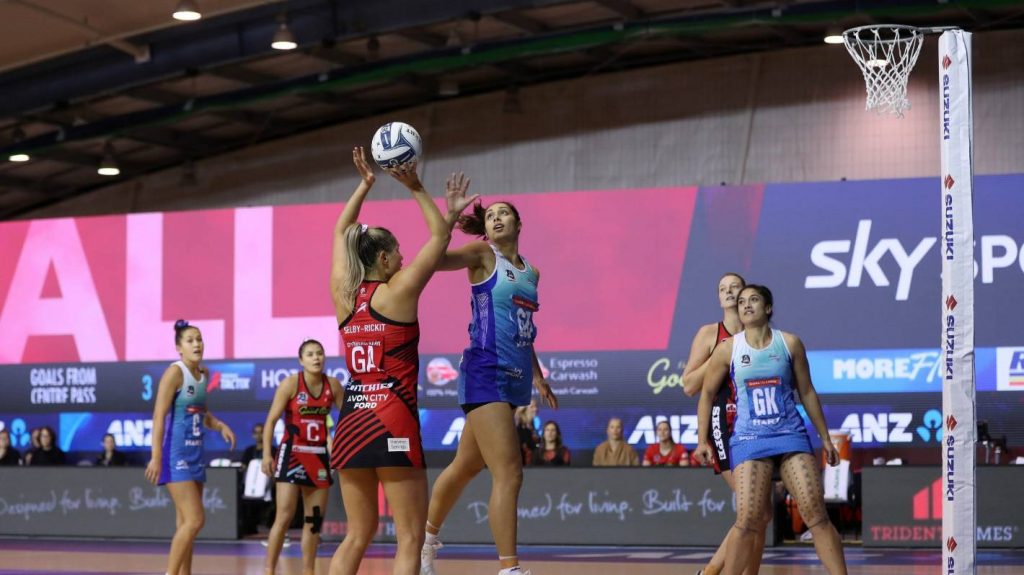 IN each ANZ Premiership round we will identify one key match-up, provide an in-depth analysis of both players and compare the two styles. This match-up sees two current Silver Ferns go head to head for the second time this season.

Two impressive players with a wealth of experience on both the domestic and international stages, the likes of Te Paea Selby-Rickit and Phoenix Karaka will go head-to-head for the second time in as many matches on Sunday, with Karaka ultimately having the last word in Round 4. But the real question in this matchup is whether she can hold down Selby-Rickit once more, with Selby-Rickit fading out last round but unlikely to make the same mistake again. Second and third on the ladder, neither the Mystics nor Tactix can afford a loss with the closeness of the shortened season at hand, with potential to stray further from ladder-leading Central Pulse who sit undefeated in first.

A formidable opponent in attack, Selby-Rickit is one of those threatening goalers who can provide a quality option regardless of whether she is in-form or not. Providing a consistent option at the centre pass, Selby-Rickit uses her break-out speed to burst out from the transverse line to start that first faze, before jetting down to the goal circle to not only put up shots from just about anywhere in the circle, but also use her quick footwork to rotate the circle and open up space for her goaling partner in crime in Ellie Bird. With strength, speed and versatility, Selby-Rickit can also provide a barrier with her long arms to block play and win back ball, proving a solid all-rounder in attack with her constant work-rate rarely letting up. Unafraid of the long bomb, Selby-Rickit is a force to be reckoned with in the goal circle and uses her solid build to assert herself on the play, while her quick hands allow her to dish off speedy passes to Bird under the post with ease. She also pairs well in attack with the likes of Erikana Pedersen and Kimiora Poi, with Poi’s defensive outset allowing Selby-Rickit to be a major playmaker alongside Pedersen. While she does provide a consistent threat, Selby-Rickit has had a rough few weeks on the court and currently ranks eighth for goals scored, and also has the lowest accuracy at 73 per cent.

Karaka is a constant threat defensively, using her vision and read of the play to prey on any loose ball and pounce on opportunities to propel the ball forward. When it comes to her positioning, Karaka is a consistent follower of the play, never far from the action with her speed and aerial ability. Able to adapt to the play and ply her trade depending on her oppositions’ movement, Karaka uses her lithe build to form a defensive barricade both in and outside the goal circle. Karaka is one of the cleanest defenders going around, which makes her an imposing impact player given her ability to disrupt momentum even without being a physical threat, having impressively only racked up 40 penalties from five matches this season. Karaka’s aerial game is phenomenal and threateningly consistent, sitting top of the table for intercepts with 11 to her name, able to use her long arms to command possession of the ball and pull it in. Her three-foot marking and leap is also impressive, and while she is not the tallest defender can find plenty of purchase on the airball to take possession with ease. Joining forces with Sulu Fitzpatrick this season, the duo work seamlessly to reduce the impact of their opposition goalers and will hope to provide the same buffer again this weekend.

With both players highly impressive with an ability to seamlessly perform time and time again, it is more a question of consistency that will find a winner in this scenario. If Karaka can hold Selby-Rickit accountable and force errors the Mystics should go back-to-back, however if Selby-Rickit can take advantage of Karaka’s hunt on the ball and find space in attack, the Tactix could be in with a chance. There was plenty of argy-bargy between the two players last round, so look for another enticing matchup this time around with plenty on the line.