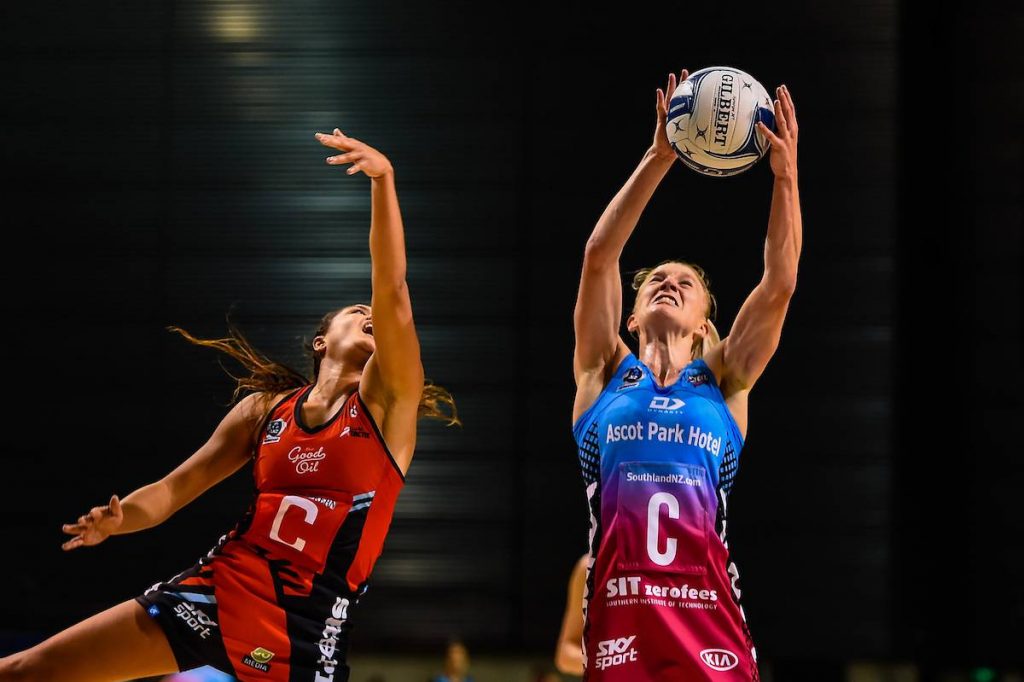 IN each round we will identify one key match-up, provide an in-depth analysis of both players and compare the two styles. The return to netball sees two Silver Ferns at different stages in their netball career up against each other as both sides search for their first win of the 2020 ANZ Premiership season.

Doubling as a pharmacist throughout lockdown, Shannon Saunders will be keen to get back out on court and do what she does best while speedster Kimiora Poi will be hoping to further solidify her on-court connections. Despite playing in the same position they both attack the role differently with Poi using her speed and Saunders her tactical mind to have an impact on the play.

Surrounded by a young team especially in the attacking end, Saunders will have to carry a heavy load to create any type of forays and deliver into the circle. The 178cm midcourter is renowned for her two-way running able to get back and help out in defence and then slingshot into attack thanks to her read of the play and speed off the mark. She is strong around circle edge, hardly ever outmuscled and relies on her quick footwork to attain prime position in the attacking third. While she can be more defensively minded, often looking to shut down space through the midcourt and apply hands over pressure, Saunders can also deliver in attack with her impressive vision and variety of passes. Her connection with fellow midcourter Gina Crampton also gives her an upper hand with the two able to rotate through the space seamlessly and know each other’s thought pattern and game play before it happens.

At 22, Poi has already well and truly made a name for herself with the zippy midcourter able to dart around the court and cause all sorts of havoc with her speed off the mark. She can take the ball at full speed, control it and then pass it off, such is her control and balance. Her ability to twinkle-toe around the circle edge and use her speed to evade opponents makes her an integral part of the Tactix line-up. Alongside the likes of returnee Erikana Pedersen and Samon Nathan, Poi is surrounded by a wealth of A-class talent and experience. The 169cm centre court player makes up for her short stature with her play making abilities and drive. Able to play both an attacking and defensive role, Poi can shake up her game accordingly and deliver depending on what the team needs with her hands over pressure and read of the play.

It will be an intriguing battle with Poi at the beginning of her netball and international career while Saunders on the other hand is doused in experience. If Saunders can stop or at least limit Poi’s drive through the midcourt it will go a long way in giving the Steel that competitive edge and put them in good stead. However, if Poi can exploit Saunders with her speed and keep her guessing then she might be able to outrun the experienced Steel midcourter.