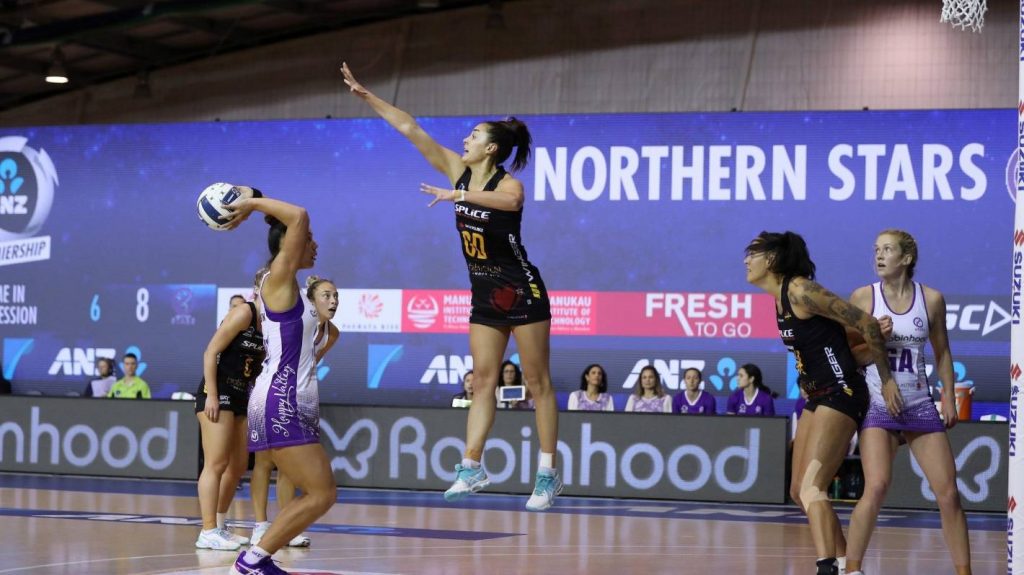 ROUND 4 of the ANZ Premiership was historic with two sides playing out the first draw in competition history, while season high scores were recorded. The Pulse and Magic played two games apiece with fellow teams Southern Steel, Northern Stars, Northern Mystics and Mainland Tactix playing just the one. We take a look at the top talking point this round.

Young shooters leave their mark on the competition

It was a display of accurate shooting from youngsters Aliyah Dunn (Central Pulse) and Grace Nweke (Northern Mystics). Faced with a challenging task the two goal shooters showcased not only their accuracy but so too their composure to ride the physicality, stand up under the pressure and score. Their clever holds, aerial capabilities and strong hands did all the talking with the two goalers reeling in plenty of ball. 18-year-old Nweke managed a staggering 38 goals from 40 attempts at 95 per cent along with two rebounds. Dunn was just as impressive slotting 22 goals straight in her first outing and backed up her performance with a commanding 23 goals from 27 attempts at 85 per cent in her three-and-a-bit quarters on Sunday. The future is well and truly bright for both goal shooters given their dominant stature under the post and sheer circle presence.

In their second outing of the round, the Pulse stamped their authority on the competition piling on a season high 51 goals. Led by the towering timber in Dunn under the post, Pulse midcourters Claire Kersten and Maddy Gordon found easy avenue to circle credit to their goalers’ clever holds and body positioning. Dunn managed 23 goals for the game while the influence of Ameliaranne Ekenasio was just as prolific with the highly talented goal attack slotting them from everywhere in the circle finishing with 21 goals from 24 attempts. Her skill and knowledge to seamlessly create space and back herself from around the perimeter made her a tough opponent for the Magic to match-up on, ultimately allowing the Pulse shooters free reign inside the circle. The introduction of Tiana Metaurau did not go unnoticed, converting seven goals however at a lower accuracy than she would have liked.

Double team defence was the flavour of the round

With a wealth of tall shooters to contend with most teams opted to double team the goal shooter across Round 4 with Mainland Tactix, Southern Steel and Waikato Bay of Plenty Magic the main culprits. Up against Nweke in the goal circle the combination of Jane Watson and Temalisi Fakahokotau attempted to double team the young shooter, smothering her every movement and encroaching on her space. However the Mystics shooter proved too strong with her centre court teammates delivering the ball to her on a silver platter. The Steel adopted the same approach, with Te Huinga Selby-Rickit and Taneisha Fifita doubling down on Dunn at the post, using their physicality, constant movement and long arms to deny any easy entrance into the goal circle. However with their attention solely focused on Dunn it allowed Ekenasio to roam freely out the front and in the circle where she punished them on the scoreboard. The Magic defensive unit in Erena Mikaere, Georgia Tong and Holly Fowler all focused their attention on Maia Wilson under the post, forcing Jamie Hume to shoulder more of the load.

After a disappointing outing on Sunday the Magic came out with an undeniable fire in the belly in the final game of the round. Despite being down by seven goals at the final change the Magic mustered up a miracle thanks to captain, Sam Winders coming through for a huge intercept and screaming down court to get back on level pegging. Although her side did not win, the all-round effort of the Magic to get back within striking distance of the Stars will give them plenty of confidence. Now in its fourth season, the draw was a momentous occasion given it was the first in competition history.

The Mystics put on a masterclass in defence headlined by Sulu Fitzpatrick and Phoenix Karaka with the two working in tandem to win ball back and most importantly do it cleanly. Renowned for their physical nature their skill to come off the body and cherry pick passes was evident throughout the game and was reflected through the penalty count. Karaka racked up a team high of nine penalties, seven of which were contact and two obstruction while Fitzpatrick starred with a mere five penalties, two contact and three obstruction. It was a clean performance across the board for the Mystics only recording 28 for the entire game. On the other end of the scale, the Magic amassed a whopping 66 penalties with most of them stemming from Mikaere and Fowler. The two defenders combined for 26 penalties with 18 coming as contacts, while Winders racked up nine and goal attack Abigail Latu-Meafou recorded seven penalties. Their inability to stay away from the whistle cost them at times throughout the game, giving away plenty of ball and crucial opportunities to hit the scoreboard.