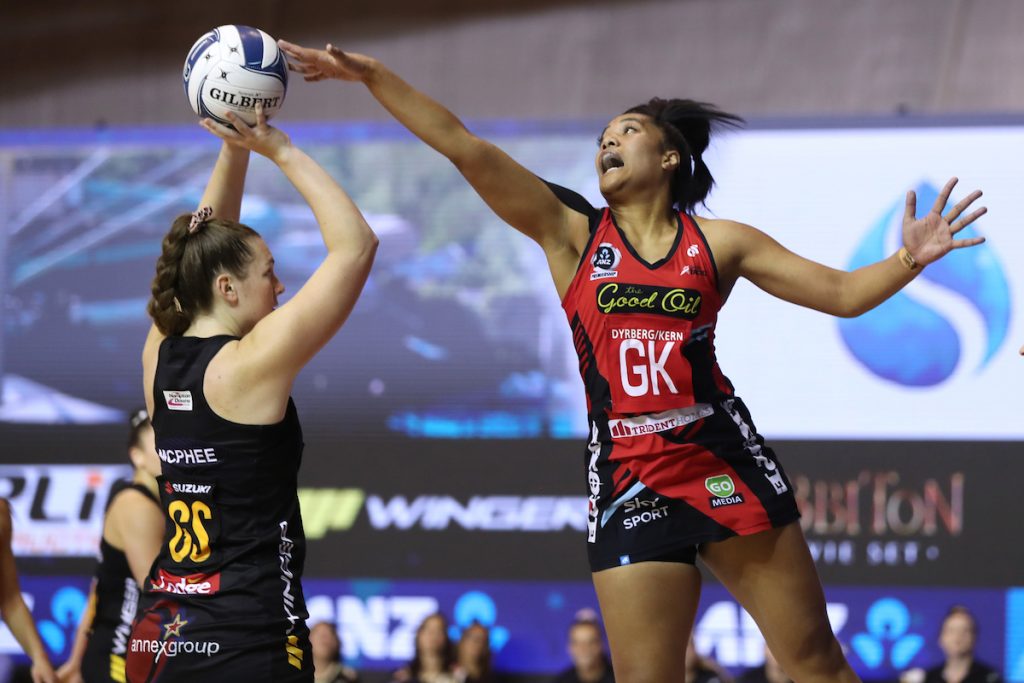 THE ANZ Premiership delivered once again over the weekend with all six teams showcasing their skill and dominance across the court. Round 3 was unfortunately marred with injury while the Pulse continued their merry way and ended the Mystics winning streak on the way.

Steel claim first win of the season:
In their second game of the round the Southern Steel mustered up a strong performance downing the Northern Stars in a rematch of the elimination final that saw them knocked out of grand final contention in 2019. It was a hot start for the Steel who proved that when firing on all cylinders they are hard to beat and are classy with ball in hand. Jennifer O’Connell was a commanding presence under the post, able to clearly indicate where she wanted the ball and use her footwork to ward off defenders. Through the midcourt the class of Shannon Saunders and Gina Crampton shone through with the tried and tested duo relying on their strong connection to thread the ball through the defence and deliver the ball on a silver platter to O’Connell and Kalifa McCollin. The shared effort between the two midcourters worked wonders with defenders unable to effectively stop their consistent output around the circle edge.

Defensive masterclass:
Round 3 was heavily dictated by defence with the Tactix keeping the Magic to 36 goals for the game, Mystics restricting the Steel to 42 goals and Pulse limiting the Mystics to 35. Dominant performances from Tactix duo Jane Watson and Temalisi Fakahokotau set tongues wagging with the two putting on a clinic down back with a combined 11 gains, five intercepts, four rebounds and six deflections. Watson elevated her game even further, only registering the one penalty for the match, showcasing her restraint and cleanliness at the contest. For the Mystics the combination of Sulu Fitzpatrick and Phoenix Karaka worked wonders with the two applying a wealth of pressure to shut down options and pick off passes with 13 gains, seven intercepts, eight deflections and one rebound between them in the clash against the Steel. Although the Pulse defensive unit did not have a stats filling performance it was their perceived pressure and stifling style of play that caused havoc, shutting down their opponents’ every move. Kelly Jury and Katrina Rore managed four gains, three deflections and two rebounds.

Devastating injury blow to young up and coming goaler:
After settling into the attacking unit, Southern Steel’s Georgia Heffernan was struck down with a knee injury midway through the third quarter against the Northern Stars. Awaiting confirmation to the extent of the injury, Heffernan could be a huge loss for the Steel who were starting to find their rhythm in attack with the young goaler able to come on and have an immediate impact credit to her height and netball nous. In her first season at ANZ level Heffernan was steadily building into her role on court, displaying her accuracy to post and clever movement in the attacking third.

Magic need to unlock their shooting potential:
Despite challenging both the Mystics and Tactix in the past two rounds the Magic have been unable to do enough on the scoreboard to worry their opponents and collect the win. In Round 2 the Magic managed 40 goals while their Round 3 total was even lower with 36 goals. Although the combination of Abigail Latu-Meafou and Kelsey McPhee is strong they simply cannot generate enough opportunities at goal to put up a commanding score. In the second half against the Tactix, the Magic due only scored 14 goals – seven goals per quarter – while their opponents piled on 14 goals alone in the third term showcasing just how much the Magic’s attack end struggled. While accuracy was not a huge problem with McPhee sitting at 81 per cent and Latu-Meafou at 71 per cent, it was their output that did the damage with McPhee converting 21 goals and Latu-Meafou sinking 15.

Pulse are still the team to beat:
In a gruelling four quarter battle against the Mystics, the Pulse had the final say, running over the top of their competitors in the last quarter. It was a strong showing from the Mystics but the reigning premiers were simply too good, able to wear their opponents down and capitalise on their opportunities. Clever with ball in hand and strong in defence the Pulse won ball back and propelled the ball back down court to create plenty of attacking forays. Their ability to withstand pressure and rise to the occasion is second to none. Inspired by captain Ameliaranne Ekenasio and Tiana Metaurau in attack the Pulse looked revitalised and composed giving them that much needed competitive edge while the speed and excitement of Maddy Gordon helped to lift the Pulse.