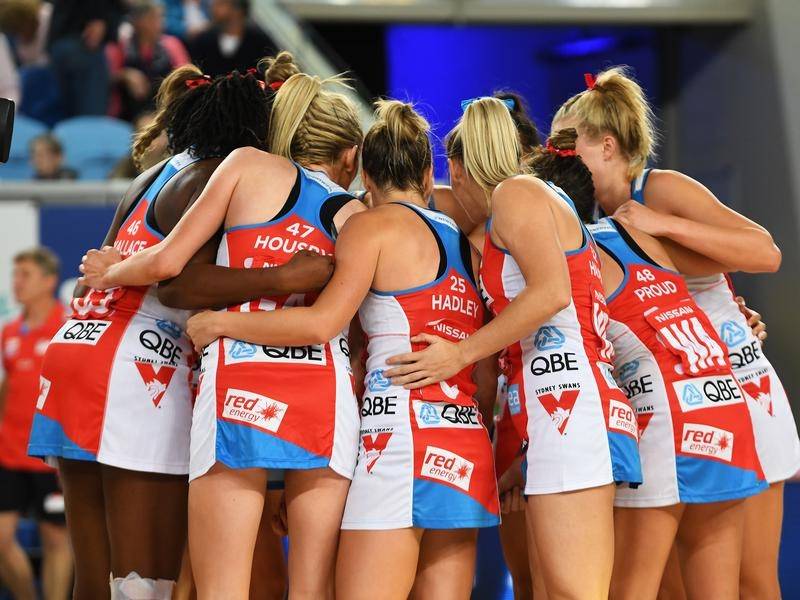 IT was a fairytale season for the NSW Swifts, claiming their first premiership since 2008. Despite being devastated with injuries throughout the season the Swifts maintained their structures and game plan, treasuring the ball and working it down the court with ease.

Goal keeper Sarah Klau had a breakout season, imposing herself on the contest up the defensive end with her hands over pressure, rotation through the circle and ability to read the play. Her combination with Maddy Turner steadily developed over the season with the duo posing a dominant threat, nullifying access into the goal circle and picking off passes. Prior to her season-ending ankle injury, Kate Eddy worked wonders with the towering wing defence able to ply her trade in a number of positions and force turnovers with her extra height and deceptive speed. But with Eddy gone the introduction of Katrina Rore paid dividends with the New Zealand international adding extra experience, netball nous and X-factor down back. Captain Maddy Proud’s season was cut short, tearing her Anterior Cruciate Ligament (ACL) in Round 7 and while her absence was sorely missed, English international Nat Haythornthwaite along with Elle Bennetts and Tayla Fraser all did their bit to propel the ball forward. Paige Hadley also lifted her intensity, taking full control of the midcourt in Proud’s absence. Goal attack, Helen Housby was plagued with injury in the latter part of the season but showcased her class and skill to stand up in the big moments and command the ball when needed, while Sam Wallace lifted another gear, working tirelessly under the post. Wallace stood up in the goal circle using her strong holds and accuracy to post to cause havoc for the opposition.

The Trinidad and Tobago goal shooter is no stranger to the big stage, well and truly bringing the heat in season 2019. Cool, calm and composed under the post, Wallace looked unphased by everything that came her way, reeling in lobs and using her silky footwork to manoeuvre around the body of her opponent. She backed herself from range and showed she was not afraid to swing the ball around the circle edge to reposition when needed. Wallace constantly provided an option under the post using her commanding figure to slot goal after goal, making her an integral player for the Swifts.

This year proved that the Swifts have plenty of depth despite being struck by injury time and time again. The likes of Fraser, Sophie Garbin and Turner all showed they have what it takes to make it to the big time and with further court time can clearly develop into stars of the future. The core group of players at the Swifts is already strong meaning the further development of the young up and coming players could cause headaches for the opposition. Garbin has showcased her versatility throughout the season switching between goal attack and goal shooter seamlessly while Fraser provides plenty of energy, speed and excitement to the attack end.